"Life is a game with many rules but no referee. One learns how to play it more by watching it than by consulting any book." - Joseph Brodsky

Welcome to all our new subscribers! I write a weekly newsletter, sent out every Sunday, about anything, as long as it’s interesting. If you enjoy the newsletter, please share it with a few friends/colleagues.

Last week, I shared a few excerpts of Charlie Munger’s Psychology of Human Misjudgment as someone had reached out saying that they thought it was a useful, albeit long, speech. That article got forwarded around a bit and resulted in one of the highest subscriber-per-view stats of any email I have sent out.

I think that means many people found it interesting.

So I thought I would do something similar again this week with another transcript that I posted on the main website earlier this year — Joseph Brodsky’s Speech at the Stadium.

For those interested, the full speech transcript can be found here. 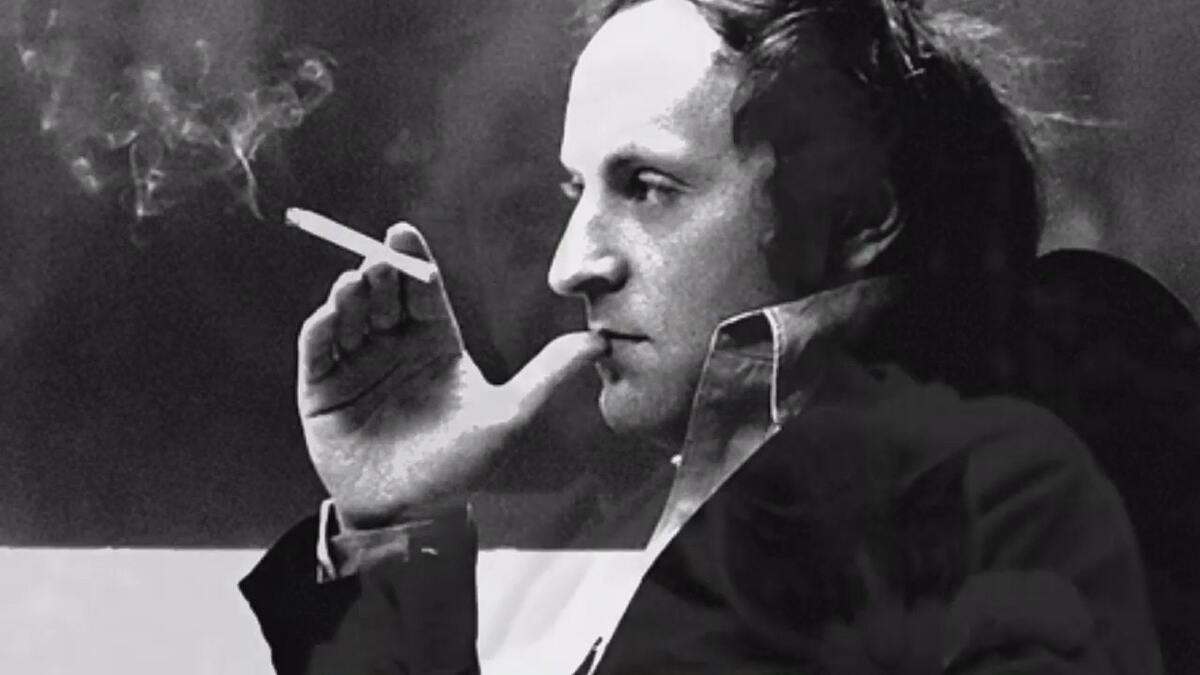 Who is Joseph Brodsky?

Joseph Brodsky was a Russian poet and Noble Prize recipient.

He was born in Leningrad in 1940 and held numerous jobs following high school — working in a morgue, in a weapons factory, as a sailor, and on a geological exploration team in Asia. He started writing poetry at the age of 18, but only three years later, and while on that expedition far away from home, Brodsky decided to make poetry his full-time career and returned home to Leningrad.

Shortly thereafter he started becoming well-known in Russian literary circles, while at the same time being considered controversial. Well-known and controversial were an unfortunate combination in the Soviet Union at the time, and Brodsky found himself in and out of Soviet-run mental hospitals and prisons.

Fortunately, he was able to leave the Soviet Union in 1972 through the help of a few American poetry friends and eventually became a U.S. citizen in 1977. He went on to hold teaching positions at Columbia University and Mount Holyoke College and served as Poet Laureate of the United States from 1991 to 1992. Further, he won the Noble Prize in Literature in 1987 for “an all-embracing authorship, imbued with clarity of thought and poetic intensity.”

The Wise Men will unlearn your name.

Above your head no star will flame.

One weary sound will be the same—

the hoarse roar of the gale.

The shadows fall from your tired eyes

as your lone bedside candle dies,

for here the calendar breeds nights

till stores of candles fail.

What prompts this melancholy key?

It sounds again. So let it be.

Let it sound from this night.

Let it sound in my hour of death—

as gratefulness of eyes and lips

for that which sometimes makes us lift

our gaze to the far sky.

You glare in silence at the wall.

Your stocking gapes: no gifts at all.

It's clear that you are now too old

to trust in good Saint Nick;

that it's too late for miracles.

—But suddenly, lifting your eyes

to heaven's light, you realize:

your life is a sheer gift.

When Was the Speech Given?

On December 18, 1988, Brodsky delivered this commencement address to 2,000 or so graduates of the University of Michigan. The speech ranges from practical advice on concrete skills that must be learned to more philosophical anecdotes on how to approach challenges you face.

For almost a decade following his address, the speech was unpublished publicly and more-or-less forgotten. This changed when it was published for the first time posthumously in On Grief and Reason, a collection of Brodsky’s later-life works. Originally titled “Some Tips,” the speech is now often referred to as Brodsky’s “Speech at the Stadium,” the title given in that collection.

If you have made it this far, please take a moment to share the article with someone that might find it interesting — I appreciate your support.

Learn to be Articulate

Try to build and treat your vocabulary the way you are to treat your checking account. Pay every attention to it and try to increase your earnings. The purpose here is not to boost your bedroom eloquence or your professional success — although those, too, can be consequences — nor is it to turn you into parlor sophisticates. The purpose is to enable you to articulate yourselves as fully and precisely as possible; in a word, the purpose is your balance…

On a daily basis, a lot is happening to one’s psyche; the mode of one’s expression, however, often remains the same. Articulation lags behind experience… Sentiments, nuances, thoughts, perceptions that remain nameless, unable to be voiced and dissatisfied with approximations, get pent up within an individual and may lead to a psychological explosion or implosion.

Make What You Can Better

Try not to set too much store by politicians. Not so much because they are dumb or dishonest, which is more often than not the case, but because of the size of their job, which is too big even for the best among them, by this or that political party, doctrine, system or a blueprint thereof. All they or those can do, at best, is to diminish a social evil, not eradicate it. No matter how substantial an improvement may be, ethically speaking it will always be negligible, because there will always be those — say, just one person — who won’t profit from this improvement…

No matter how fairly the man you’ve elected will promise to cut the pie, it won’t grow in size; as a matter of fact, the portions are bound to get smaller. In light of that, or, rather, in dark of that — you ought to rely on your own home cooking, that is, on managing the world yourselves — at least that part of it that lies within your reach, within your radius.

Focus on Being You, Not What Someone Else Is

To this it should be added that the rich and famous these days, too, come in throngs, that up there on the top it’s very crowded. So if you want to get rich or famous or both, by all means go ahead, but don’t make a meal of it. To covet what somebody else has is to forfeit your uniqueness; on the other hand, of course, it stimulates mass production.

But as you are running through life only once, it is only sensible to try to avoid the most obvious cliches, limited editions included. The notion of exclusivity, mind you, also forfeits your uniqueness, not to mention that it shrinks your sense of reality to the already-achieved.

Far better than belonging to any club is to be jostled by the multitudes of those who, given their income and their appearance, represent — at least theoretically — unlimited potential. Try to be more like them than like those who are not like them.

Do Not View Yourself as a Victim

Of all the parts of your body, be most vigilant over your index finger, for it is blame-thirsty. A pointed finger is a victim’s logo — the opposite of the V-sign and a synonym for surrender. No matter how abominable your condition may be, try not to blame anything or anybody: history, the state, superiors, race, parents, the phase of the moon, childhood, toilet training, etc… The moment that you place blame somewhere, you undermine your resolve to change anything; it could be argued even that that blame-thirsty finger oscillates as wildly as it does because the resolve was never great enough in the first place.

After all, a victim status is not without its sweetness. It commands compassion, confers distinction, and whole nations and continents bask in the murk of mental discounts advertised as the victim’s conscience — but try to resist it. However abundant and irrefutable is the evidence that you are on the losing side, negate it as long as you have your wits about you, as long as your lips can utter “No…”

On the whole, try to respect life not only for its amenities but for its hardships, too. They are a part of the game, and what’s good about a hardship is that it is not a deception.

It’s OK to Let Go of People and Things

Try not to pay attention to those who will try to make life miserable for you. There will be a lot of those — in the official capacity as well as the self-appointed. Suffer them if you can’t escape them, but once you have steered clear of them, give them the shortest shrift possible. Above all, try to avoid telling stories about the unjust treatment you received at their hands; avoid it no matter how receptive your audience may be…

What your foes do derives its significance or consequence from the way you react. Therefore, rush through or past them as though they were yellow and not red lights. Don’t linger on them mentally or verbally; don’t pride yourself on forgiving or forgetting them — worse come to worse, do the forgetting first.

If you made it all the way through the article, please take a moment to share it with someone that might find it interesting, or consider becoming a supporter of the newsletter by being a paying subscriber — I appreciate your support and interest in the newsletter very much.

Take care and have a great rest of the week,

We Only Ever Talk About the Third Attack on Pearl Harbor

“It was a winter Sunday morning and the island of Oahu was asleep — its military at Pearl Harbor less alert than they might have been any other day of the week.

The winter trade winds blow steadily from the northeast against the Hawaiian island, rushing along and then up and over the 3,000-foot Koolau Range, with the moisture they carry being wrung out along the way. That moisture often forms into towering clouds, creating a dark wall of rain and weather.”

Planning the Attack on Pearl Harbor

“The successful Japanese attack on Pearl Harbor brought the United States into the war, but prevailing wisdom in Japan at the time said that the entrance was an inevitable eventuality. Many feared that a full-on attack by the United States had the potential to hobble Japanese war efforts elsewhere and even bring about a Japanese defeat. Thus, the attack was more of a desperate gamble to buy Japan time to secure a larger geography from which to extract natural resources and defend itself.

Japan’s strategy in the lead up to the December 7th attack was as impressive as the attack itself, providing a reminder that underestimating what you are up against, as the United States did with Japan at the time, can give the other side an advantage over you.”

Perseverance is Great, But Don’t Forget to Prepare

“After numerous terrorism incidents in the 1970s, the United States realized its armed forces had a blind spot when it came to counterterrorism. Green Beret Colonel Charlie Beckwith, who had served alongside the British Army's counter-terrorism unit the Special Air Service (also known as "SAS") in Malaysia, had been pushing for such a group since the 1960s.

Now that terrorism was a proven threat killing Americans and the opportunity to be proactive had passed, the U.S. Army decided it was a good time to commission its own SAS-like force - namely, Delta Force.

It is in the lead-up to the formation of Delta Force that we meet Eric Haney.”