The Psychology of Human Misjudgment

Welcome to all our new subscribers! I write a weekly newsletter, sent out every Sunday or Monday, about anything, as long as it’s interesting. If you enjoy the newsletter, please share it with a few friends/colleagues.

As many of you are aware, I also have a website where, in addition to the articles that I share here, I post other things that I find interesting — such as speeches. I recently received a note from someone who read Charlie Munger’s The Psychology of Human Misjudgment transcript and found it helpful.

This caught me off guard slightly. Not because I am surprised it was helpful, but because someone read the entire thing — it probably takes a fast reader over 30 minutes to get through it — and it is one of my least viewed posts.

I’ve always thought that was due to it not being shared in the newsletter, but no one wants to get a 30-minute-long email. So I thought I would pull out a few pieces of the longer article that might be interesting.

For those so inclined, the full speech, along with a video recording, can be found here. 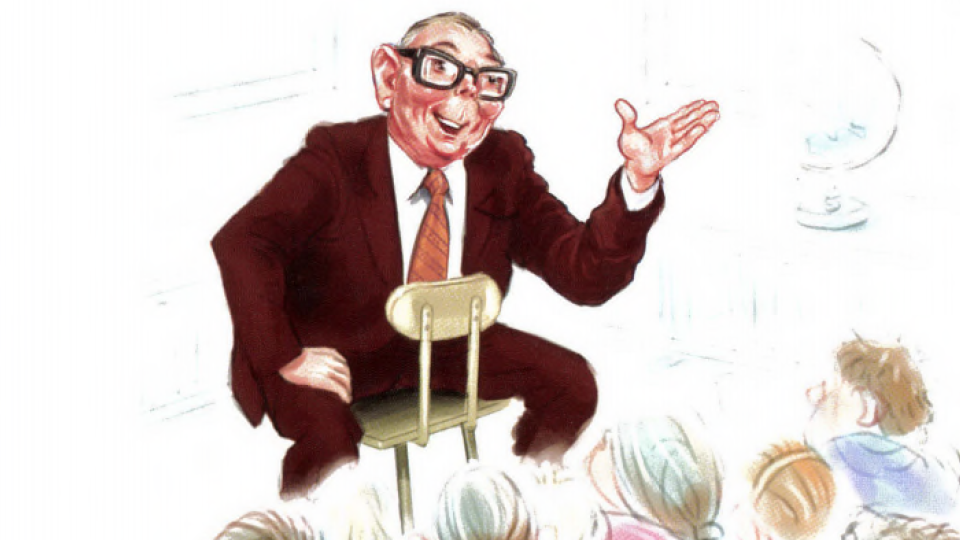 Independent of his work with Buffett, Munger is a successful businessman and philanthropist in his own right. An avid reader and life-long, multidisciplinary learner, he is admired for his witty quotes, life lessons, and almost-too-blunt pieces of advice.

Famous for Witty Quotes You Say?

“To get what you want, you have to deserve what you want. The world is not yet a crazy enough place to reward a whole bunch of undeserving people.”

“I believe in the discipline of mastering the best that other people have ever figured out. I don’t believe in just sitting down and trying to dream it all up yourself. Nobody’s that smart.”

“All I want to know is where I’m going to die so I’ll never go there.”

What is This Speech About?

When trying to apply the hard sciences to the study of humans, people can often forget that people are, at the end of the day, people. People, unlike things, are not always rational, nor do they always act as would be expected.

In 1995, Charlie Munger presented a review of human decision-making, and all the faults inherent therein, to an audience at Harvard University. He makes the case that endless spreadsheets and exacting economic models can often completely miss the mark when it comes to human decision-making.

Munger suggests that an understanding of behavioral psychology and its application to decision-making has the potential to correct inaccurate thinking and, on the whole, put people in a better spot over time.

If you have made it this far, please take a moment to share the article with someone that might find it interesting — I appreciate your support.

The Power of Incentives

One of my favorite cases about the power of incentives is the Federal Express case. The heart and soul of the integrity of the system is that all the packages have to be shifted rapidly in one central location each night. And the system has no integrity if the whole shift can’t be done fast. And Federal Express had one hell of a time getting the thing to work. And they tried moral suasion, they tried everything in the world, and finally, somebody got the happy thought that they were paying the night shift by the hour and that maybe if they paid them by the shift, the system would work better. And lo and behold, that solution worked…

Early in the history of Xerox, Joe Wilson, who was then in the government, had to go back to Xerox because he couldn’t understand how their better, new machine was selling so poorly in relation to their older and inferior machine. Of course, when he got there he found out that the commission arrangement with the salesmen gave a tremendous incentive to the inferior machine…

But, at any rate, reciprocation tendency is a very, very powerful phenomenon, and Cialdini demonstrated this by running around campus, and he asked people to take juvenile delinquents to the zoo. And it was a campus, and so one in six actually agreed to do it.

And after he’d accumulated a statistical output he went around on the same campus and he asked other people, he said, “Gee, would you devote two afternoons a week to taking juvenile delinquents somewhere and suffering greatly yourself to help them,” and there he got 100% of the people to say no.

But after he’d made the first request, he backed off a little, and he said, “Would you at least take them to the zoo one afternoon?” He raised the compliance rate from a sixth to a half. He got three times the success by just going through the little ask-for-a-lot-and-back-off.

Henry Kaufman wisely talked about this, bias from over-influence by social proof, that is, the conclusions of others, particularly under conditions of natural uncertainty and stress. And here, one of the cases the psychologists use is Kitty Genovese, where all these people, I don’t know, 50, 60, 70 of them just sort of sat and did nothing while she was slowly murdered. Now one of the explanations is that everybody looked at everybody else and nobody else was doing anything, and so there’s automatic social proof that the right thing to do is nothing…

Over Influence from Authority

Over-influence by authority has another very … you’ll like this one. You got a pilot and a co-pilot. The pilot is the authority figure. They don’t do this in airplanes, but they’ve done it in simulators. They have the pilot do something where the co-pilot who’s been trained in simulators a long time… he knows he’s not to allow the plane to crash... they have the pilot to do something where an idiot co-pilot would know the plane was gonna crash, but the pilot’s doing it, and the co-pilot is sitting there, and the pilot is the authority figure. 25% of the time, the plane crashes. This is a very powerful psychological tendency.

Over Reaction to Loss

Here I took the Munger dog, a lovely harmless dog. The one way, the only way to get that dog to bite you was to try and take something out of its mouth after it was already there…

Any of you who’ve tried to do take-aways in labor negotiations will know the human version of that dog is there in all of us. I had a neighbor, a predecessor, on a little island where I have a house, and his next-door neighbor put a little pine tree in that was about three feet high, and it turned his 180-degree view of the harbor into 179 and three-quarters. Well, they had a blood feud like the Hatfields and McCoys, and it went on and on and on. People are really crazy about minor decrements down.

Ask the Coca-Cola company, which has raised availability to a secular religion, if availability changes behavior. You’ll drink a hell of a lot more Coke if it’s always available. Availability does change behavior and cognition.

The Power of Combined Misjudgments

One of my favorite cases is the McDonald-Douglas airliner evacuation disaster. The government requires that airliners pass a bunch of tests. One of them is evacuation. Get everybody out, I think it’s 90 seconds or something like that. It’s some short period of time. The government has rules, make it very realistic, so on, and so on. You can’t select nothing but 20-year-old athletes to evacuate your airline.

So McDonald-Douglas schedules one of these things in a hangar, and they make the hangar dark. The concrete floor is 25 feet down, and they got these little rubber chutes, and they got all these old people. They ring the bell, and they all rush out. In the morning when the first test is done, they create, I don’t know, 20 terrible injuries.

People go off to hospitals. Of course, they scheduled another one for the afternoon. By the way, they didn’t meet the time schedule either, in addition to causing all the injuries. So what do they do? They do it again in the afternoon. Now, they create 20 more injuries and one case of a severed spinal column with permanent, unfixable paralysis. They’re engineers. These are brilliant people. This is thought over through in a big bureaucracy…

Again, three, four, five of these things work together, and it turns human brains into mush.

If you made it all the way through the article, please take a moment to share it with someone that might find it interesting, or consider becoming a supporter of the newsletter by being a paying subscriber — I appreciate your support and interest in the newsletter very much.

Take care and have a great rest of the week,

In case you missed it…

I recently made a couple of changes to the newsletter. If you missed the update email, you can find it here:

Refreshing the Newsletter, But What For?

“Before I get started writing articles again, I want to walk through a few things and re-introduce the newsletter in a modified form that should hopefully be more meaningful and interesting for both you and me. That should also help you determine if you are still interested in staying subscribed.”