After a Snake, the Current Thing, Death Toll Comparisons, and English Rhymes

A man doesn’t go among thorns unless a snake’s after him — or he’s after a snake.

I was reading about European powers colonizing Africa as they searched for natural resources in the late 1800’s — and this quote stood out to me, and I am not 100% sure why.

I can’t explain exactly what I think the quote means, but my brain seems to want to think it is something like we all know we will encounter problems (snakes).

And that just isn’t very fun-sounding, is it? I don’t know about you, but on any average day, I am generally much more interested in avoiding thorns than going among them.

It’s annoying. Life is often about choosing which thorns you are going into and when to do it, otherwise, life goes ahead and hands you your thorns anyway without asking for your input.

Go back to the point about the explosion of content on the Internet: the first order implication is that there is an explosion of ideas; after all, anyone can publish anything. Presumably this means that there are far more categories of thought than ever before! And, if you dig deep enough into the Internet, this is true.

Most people, though, don’t dig that deep, just as they don’t dig that deep for content or contacts or commerce: it’s just far easier and more convenient to rely on Google or Facebook or Amazon. Why wouldn’t this same dynamic apply to ideas? Being informed about everything happening in the world is hard if not impossible: humans evolved to care intensely about what happened in their local environment; however, first mass media, and then the Internet, brought news from everywhere to our immediate attention.

Given that, it seems entirely reasonable — expected even — that we all outsource our intuition for what events matter, and what our position on those events should be, to the most convenient option, especially if that option has obvious moral valence…

The end result is a world where the ability for anyone to post any idea has, paradoxically, meant far greater mass adoption of popular ideas and far more effective suppression of “bad” ideas. That is invigorating when one feels the dominant idea is righteous; it seems reasonable to worry about the potential of said sense of righteousness overwhelming the consideration of whether particular courses of action are actually good or bad.

Ben Thompson published an article in response to the meme circulating on Twitter about “The Current Thing.”

His point, in summary, is that because it is so easy to share ideas on the internet, there are too many ideas for an individual to follow despite their best intentions — which leads to us humans outsourcing our opinions around those ideas to the companies that aggregate and share the most popular ideas.

Memes aside, it struck a chord with something I have been feeling at work recently. As most of you know, I work in venture investing. Over the last 12+ months, the volume of new companies our team can choose to look at has increased significantly. The count of opportunities in the market is daunting and debilitating if you don’t filter away a good portion of them.

And how do you do that?

Recently, I have felt like it is the same way we deal with the news overload on the internet — we can accidentally outsource the filtering to those that aggregate investment opportunities — relationships, well-known investors, well-known entrepreneurs, and so on. “If Josh Wolfe likes it, we probably should look at it.” “Well, Marc Andreessen is in, so why aren’t we?” And so on.

It takes real focus and conviction to determine for yourself where to spend your time. It seems like you need to artificially limit what you let your brain care about. I do this with The Economist — there are sections I never read, otherwise I won’t read any of it because the idea itself of trying to read it all is too daunting and feels impossible to undertake.

But for a crowd so interested in death, humans know surprisingly little about the actual numbers of people that died in key moments throughout history. Most of us know that 3,000 people died on 9/11, but how many Americans know how many Katrina victims there were, or how many people died in the American Revolution. Did the Christian Crusades kill 100 times as many people as the Vietnam War? Or were they identical in their death tolls?

Given how much we talk about historical human tragedies, it seems like something we should have a better handle on.

So let’s take a look.

Tim Urban put together a graphical comparison of death tolls across time, geographies, and events. While a macabre topic generally, it does put different events into perspective.

I’m frankly not sure what to do with that perspective, however…

I think for our own lives, we will always be most occupied with worries about those nearest to us — as Ben Thompson suggested above — and I also think there isn’t much reason to sit down and debate which atrocities were worse than others. If you think about the individuals themselves impacted by the atrocities, the events are all terrible and comparisons for comparison’s sake don’t really do much for us.

However, I can see an argument that, going forward, it would be useful to avoid large-scale death-causing events. That seems like a reasonable desire.

Understanding what caused the most numerous deaths might help us focus on avoiding the triggers that led to those big events so we can try to avoid those things.

So, maybe the perspective is actually helpful after all?

English Rhymes in the 1700s

I recently finished a book — King Leopold’s Ghost — about the colonization activities and atrocities in the Congo during Belgium’s late-1800s / early-1900s abuse of Africans and their lands. It was a rough read, and it is not something that enough people are aware of, so I am working through my notes now and am planning on putting together a digestible history of those events soon.

So, to take a break from that realm of terrible, I grabbed a collection of Samuel Johnson’s writings, and while I usually open immediately to the prose section of the book, this time I went to poetry.

Below is the very first poem in the collection that I have of Johnson’s works — a translation of a poem by Horace, originally written in Latin. At first, I was struck by the skill it took to translate from Latin to English while retaining structure and rhymes. Secondly, I found it slightly dissatisfying that he didn’t quite get all the rhymes to work.

If you look below, the red marks rhyme as one would expect, but the blue, while close, do not. So close, yet not a success. 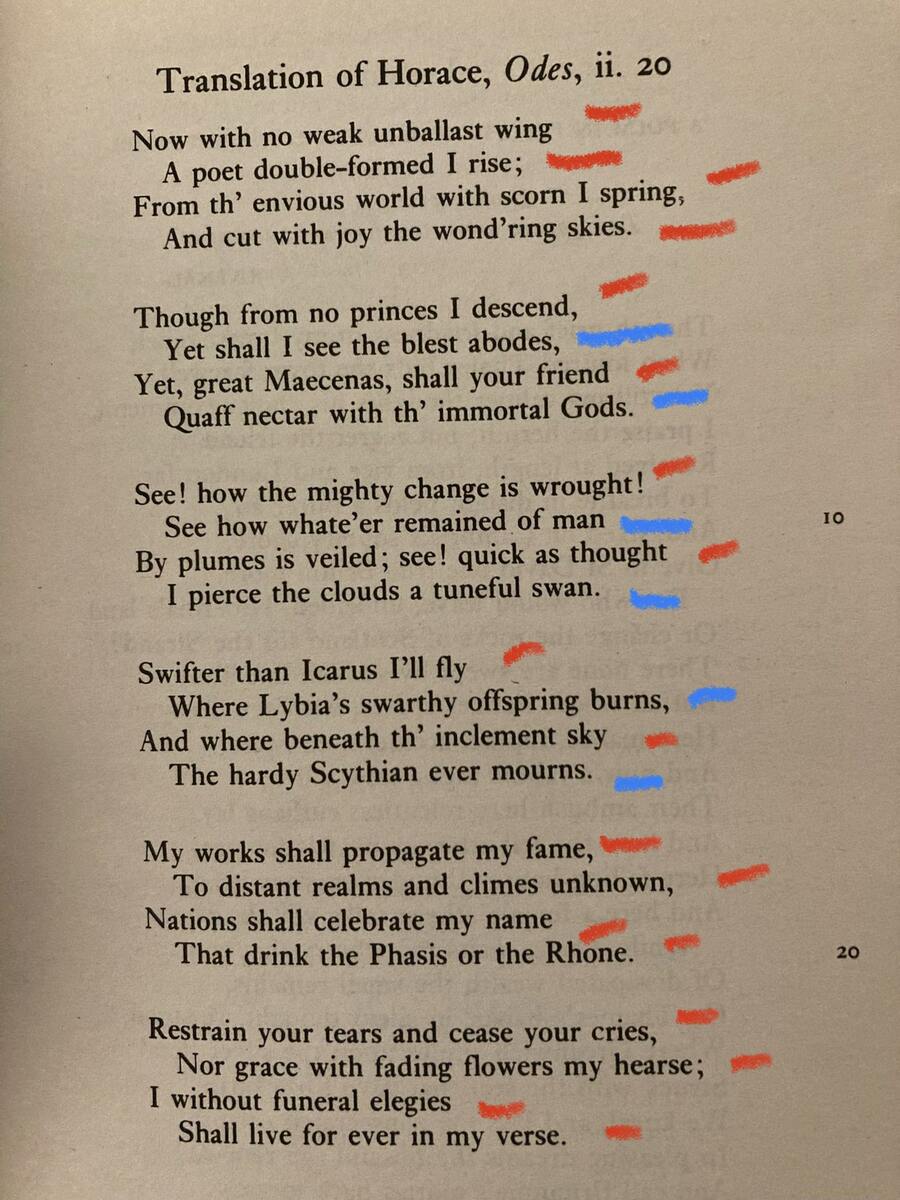 The words are very close… If I stretched the vowels and swallowed some consonants, I could convince myself the blue words rhymed.

What if, in 1750 or so, the words actually rhymed when spoken? I know that pronunciation of ancient Chinese is nowhere close to modern-day Mandarin, so written words can remain accessible to us today while pronunciations change with time.

So did Johnson nail it?

Seriously, does anyone happen to know?

If so, leave a note in the comments so we know either way. My Googling skills failed me on this one. And I have been listening to too many various British and Scottish accents trying to figure this out. At this point, I can convince myself that any two words rhyme somehow. 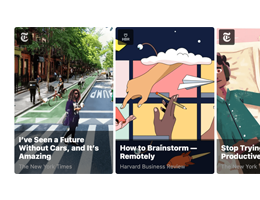 I came across a website called Refind a while ago, and I still use it daily.

Their slogan is “The essence of the web, every morning in your inbox,” and, essentially, it is an AI-powered article recommendation platform. It learns what you find interesting and recommends new websites / articles.

The algorithms running the recommendations are pretty good, and they hit on some fairly obscure sources that I would not normally come across. So I thought I would share it here as well.