How lucky I am, Jesuits, truth on the blockchain, and the Sample

How lucky I am to have something that makes saying goodbye so hard.

There is nothing specific this week that I am saying goodbye to — but this quote has been sitting in my back pocket for a while, and I love the sentiment behind it.

Things in life can be difficult and you might not want to go through whatever you are doing due to the unpleasantness of it. However, things are usually difficult because there something of value is involved. 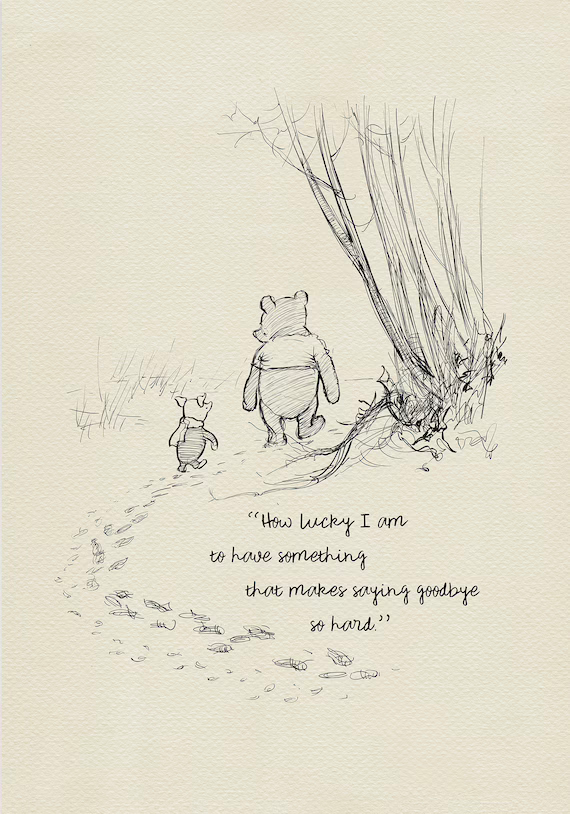 The story of the Jesuits

The adventures of these individual men were remarkable, but their contribution to the creation of organised networks that transmitted information and knowledge did not happen by accident but was the result of careful planning and foresight…

But Ignatius worried that this international dispersal, which the society had embraced as its particular charism, might nevertheless also spell the end of the society as such, for without communication among its members, esprit de corps could soon dissipate and disappear. To counter this risk to its internal unity and cohesion, he created and mandated an elaborate system of reporting and letter writing from the peripheries back to the centre – Rome – every year. From Rome, Ignatius and his assistants responded to the questions and concerns that had been raised by missionaries in the field. They resolved disputes and recommended particular courses of action…

The result of all this written communication was one of the largest archives to issue from a single ‘non-governmental organisation’ in the 16th and 17th centuries. The documents that have been preserved range from personal and official letters, financial reports, property deeds, ethnographic treatises, dictionaries and devotional books translated into native languages, from Nahuatl (Aztecan) to Chinese. The archives also preserve a large collection of manuscript maps, paintings, and drawings of fauna and flora in countries as distant as Peru and China, Japan and New France…

To ensure the arrival of their correspondence, the Jesuits in Japan and China would usually make three copies of each letter and send them on different ships, in the hope that at least one copy would survive and reach its final destination. The Roman archives of the society sometimes preserve all three copies, sometimes only one or two copies, and sometimes there are only references to a letter.

Necessity is the mother of invention, and the story of how the Jesuits spread out across the world from a starting point in Rome is a fun read. It is a good reminder that discoveries of value fall out of the efforts of dedicated and earnest people pursuing unrelated things.

The things of value are often not the aim, desire, or driver, but they are what endure long after those people themselves have gone.

The Truth on the Blockchain

For a few years now, blockchains have been so hyped that they have been put to all sorts of uses. Blockchain-based projects are multiplying without any consideration for the actual necessity of a blockchain for these projects. It seems that this is entirely due to a fashion effect… and to the subsequently available fundings…

The thing is, the problem with blockchain-based projects is actually more profound. What many people do not seem to understand (or do not want to), is that, as a rule, what is recorded on a blockchain has no truth value in the real-world, if it is not enforced by an external authority. In the exact same way that a contract written on a sheet of paper only has a meaning and value as long as all parties agree to it, or as long as there is a third-party that has the ability to coerce recalcitrant parties to honor the contract…

I have always struggled to articulate why blockchain use cases never quite make sense to me.

The author here nailed it with an explanation I wish I could have verbalized myself.

Blockchain feels too much like a hammer looking for a nail it can drive more effectively than other hammers. However, this hammer always fails to find a nail because it is too complicated, expensive, environmentally irresponsible, and lacks privacy.

Discover great newsletters without filling up your inbox.

The way this works, you make a profile on their website, which includes what kind of topics you find interesting. In the background, The Sample is receiving new newsletters from thousands of sources. Based on your interests, it then sends you a new newsletter you have not seen before.

Over time, the system learns what you find interesting, ideally ending up in a spot where a greater percentage of what it shares with you is interesting.

For disclosure, if you sign-up for The Sample, it does give me a small benefit in terms of free marketing from the Sample.